Walking on the Earth's Treasure

Submitted by HedonisticHiking on 9 Sep 2020

Travelling on foot gives you time to stop and explore the natural world and a number of our walks give us the chance to learn more about the earth's precious resources. Knowing what's underfoot can bring a whole new dimension to a hike, and often these natural riches have shaped the history and fortunes of the areas we are passing through.

The first stop on our Austria and Dolomites tour takes us to the historic town of Schwaz, not far from Innsbruck.  The mountains of the Tyrol region are rich in silver and copper deposits and Bronze Age discoveries show that smelting of metal ore was occurring as far back as 5,000 years ago.  In the Middle Ages, the area around Schwaz became the largest and wealthiest silver mining hub in the world and, at its height, employed over 7,000 people.  Around the year 1500, 85% of all the silver traded around the world was mined in Schwaz, and this provided huge wealth to the Hapsburg Empire and to the banking families who supported them. The work was gruelling and the underground tour that we take highlights the hardships of the miners' lives and the era's new technologies, such as the 1556 water wheel, which was considered a true marvel at the time.  Mining of silver at Schwaz started to decline as discoveries of gold and silver were made in the Americas in the middle of the 16th century. As our hikes take us over the Tyrolean mountains, it is absorbing to consider the story that unfolded beneath our feet. 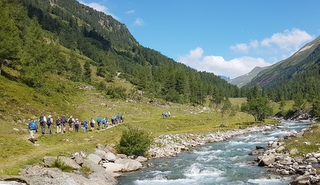 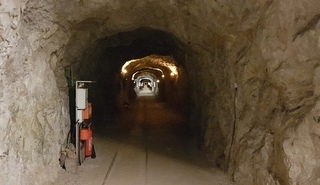 Our Lucca, Volterra and Elba tour finds us on Italy's western coast, in the beautiful region of Tuscany.  If you have ever arrived into Pisa on a sunny day and looked at the mountains lying north of the city, you might well have mistakenly thought they were snow-capped. These peaks in fact belong to the marble mountains of Carrara in the Apuan Alps, and these quarries have produced more marble than any other place on earth. This precious resource is a multi-million dollar industry for Italy with millions of tons of the stone extracted each year, and exported as far afield as Mecca, Beijing and New York. As far back as Roman times, the white marble was being quarried for use in buildings such as the Colosseum and the Pantheon, and the great Renaissance sculptors like Michelangelo would come here to choose the perfect stone to carve into life. As with the silver miners, those who quarried the stone risked their lives and the extreme weight of the slabs made their transportation a Herculean task.  On the third day of this tour we hike from Pruno in the Apuan Alps up to the Rifugio Freo at 1180 metres and can see the marble mountains along the way - quite literally a billion dollar view! 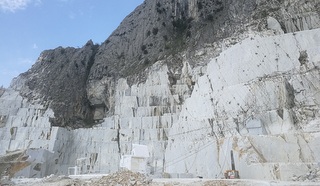 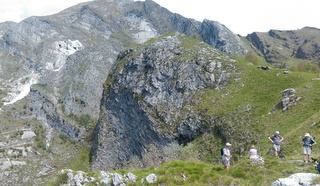 The discovery of gold in the 1850s was the most significant event in the evolution of the state of Victoria and the Mount Alexander goldfield, 60 kilometres north-east of Ballarat, was a key area. It proved to be one of the world's richest shallow alluvial goldfields, yielding around four million ounces of gold, most of which was found in the first two years of the rush and within five metres of the surface.  When we're on our Highlights of the Goldfields Track hike we pass water races, disused mines and remnants of housing from the time when Castlemaine was at the height of the rush, and we also visit Spring Gully which was one of the most famous mines in the district.  Walking through the peaceful heritage towns today, it is hard to imagine they were home to thousands of prospectors from around the world, all hopeful of finding their fortunes in this glittering landscape. Our High Country and Bright hike also touches on the golden history of Victoria, with walks along sections of the Ovens River which was similarly rich in gold deposits. Our Hiking around Beechworth weekend takes us to one of the best-preserved gold rush towns in the north east of our region, a real draw for visitors to the area. 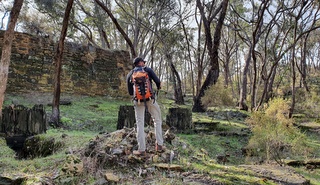 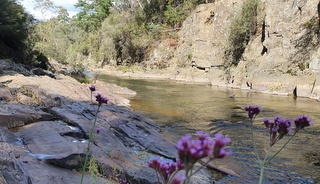 We are still living with restrictions here in Victoria but this doesn't stop us reminiscing about the places in the world where we love to walk, nor does it stop us dreaming of getting back out there!  We can't wait to be able to welcome guests back on our tours as soon as we possibly can!  If you would like to see more of the Carrara quarries (and enjoy a good car chase!) the opening sequence of James Bond's Quantum of Solace was filmed there and also in our Italian home town of Siena.