The Rise of the "Scattered Hotel"

Submitted by HedonisticHiking on 6 Apr 2018

The Albergo Diffuso is a relatively recent concept in Italy based around the idea of restoring old houses and buildings for the purposes of tourism. The phrase translates literally as "scattered hotel".

This hospitality model was developed by tourism marketing professor Giancarlo Dall’Ara, with funds which were allocated after the earthquake in the Friuli region in 1976. The model offers guests a real-life experience of staying in the historical centre of a town or village, sleeping in renovated houses or rooms within 200 metres from the “heart” of Albergo Diffuso. There are the usual hotel services such as reception, catering, and common spaces for the guests but they too are spread out amongst different buildings within the location. 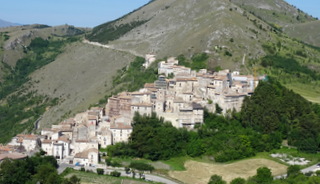 These "scattered hotels" are naturally found in small historical towns, countryside hamlets and mountain villages where the populations are often decreasing owing to the lack of opportunities for younger generations. The benefits of restoring these buildings are obvious, as life is breathed back into the community and economy and the impact on the environment is low. For guests, they have the experience of living amongst the real residents of the community, rather than alongside other tourists, and these hotels and residences offer a unique and unforgettable glimpse of life in a bygone era. The restorations are generally handled sensitively, with a real emphasis on using local materials and traditional methods. 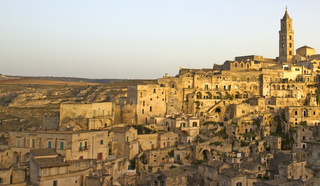 As more and more of these villages opened their doors, a National Association was formed for Alberghi Diffusi which now has its own website. Many of our hiking tours in Italy stay in these remarkable hotels and more often than not they are a highlight for our guests. They appeal to us for their authenticity, their sustainability, their position far from the beaten tourist tracks and for their approach to food which is almost always locally sourced and prepared using time-honoured recipes.

Wilds of Abruzzo - Our hike here in Abruzzo starts with three nights in the Albergo Sextantio in the Gran Sasso National Park. This was one of the first such hotels to open, having been developed by the heir to a cement fortune, Daniele Kihlgren.  His vision for preserving the character and charm of Santo Stefano by gradually buying and renovating the derelict buildings of the village became a guiding light for other projects which followed. The attention to detail here fascinating.  Bedspreads for example are woven on the loom by residents of the village who learned the necessary traditional skills.

Southern Italy - our walking tour in Basilicata has us staying in two of these amazing structures.  The first is the Borgo Ospitale  spread across the small village of Rotonda high in the Pollino National Park and the second is Le Grotte della Civita, sister hotel to the Sextantio in Abruzzo where the bedrooms are converted from Matera's original cave dwellings. In 2019 Matera will be a European Capital of Culture.

Northern Tuscany and Ravenna - Here our walking holiday takes us to the Locanda Senio where the hotel rooms are scattered through the tiny village of Palazzuolo sul Senio in the beautiful Mugello valley of Northern Tuscany.

If you would find it inspiring to stay in one of these very special hotels then take a look at our tour dates for next year and get in touch soon to book your spot.