Who were the enigmatic Etruscans?

Submitted by HedonisticHiking on 7 Apr 2021

The Etruscan people occupied an area of Central Italy referred to as Etruria predominantly in the 7th and 6th centuries BC.  The region broadly covered modern day Tuscany, the west of Umbria and the north of Lazio and archaeological finds have been unearthed throughout this area.  Some argue that the population migrated from Asia Minor, and others that they were an indigenous Italian people, but it is known that they traded widely with Magna Graecia in the south of Italy, Carthage and Greek colonies on the coasts of France and Spain. 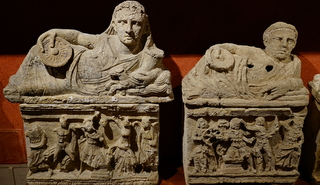 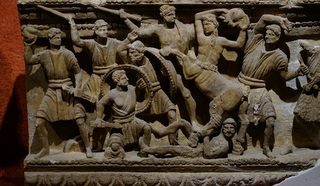 No examples of the written language of the Etruscans have survived, but archeological finds reveal a civilization with well-ordered residential town plans and their decorative tomb murals show a rich lifestyle of pleasure and enjoyment. Some believe it was the Etruscans who first began clearing the Tuscan hillsides to cultivate vines, as grape seeds have been found in tombs amongst other grave goods which were put in place to provide a happy afterlife. The Etruscans were technologically advanced with regard to agriculture and construction, building their cities on fortifed hilltops, a pattern of settlement which is still evident today in central Italy. 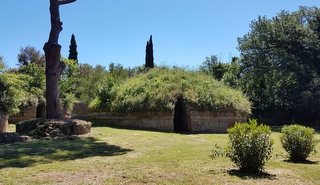 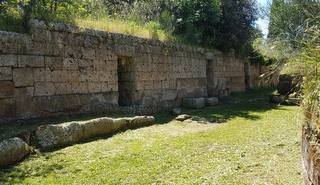 There are thought to have been 12 autonomous city states in the Etruscan Confederation, from Veio close to Rome in the south up to Volterra in the north, each with their own distinct cultural and artistic identity. They may not have had a strong political alliance and it is argued that this is why the Romans came to dominate them with relative ease in the later centuries, absorbing many of their artistic and architectural influences. 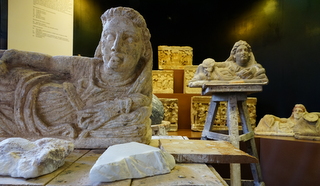 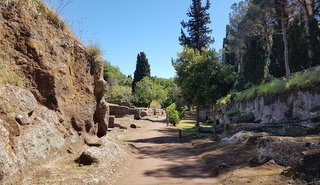 A number of our hiking tours in Italy touch on this ancient history.  Our Lucca, Volterra and the Island of Elba tour takes us to the hill-top town of Volterra, which has a fascinating Etruscan museum, full of funeral urns, pottery, ceramics and bronze sculptures.  Our Etruscan Trails in Central Italy tour explores the important necropolis at Cerveteri, as well as many of the characteristic sunken Etruscan roads and trails leading to Orvieto.  In Umbria, on the other side of the Tiber River, the Etruscans shared the region with another major tribe known as the Umbri, and our Medieval Umbria tour finishes in the town of Gubbio which was a flourishing settlement of the Umbri people. 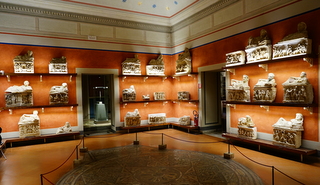 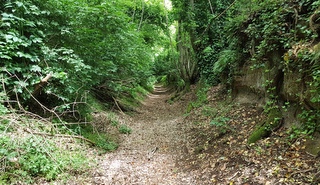 We are already taking expressions of interest for our 2022 European tours and, at this time, we are not asking for deposits.  If you would like to walk in the footsteps of this ancient civilization then our Etruscan Trails tour departs on 6th May and the Lucca tour departs on 26th May.