3 of our best days on Europe's greatest walking trails

Submitted by HedonisticHiking on 30 Sep 2020

When we research our tours, we usually head off the beaten tracks and design routes which will take us where no other hikers are to be found.  Occasionally however, we connect to some of Europe's greatest hiking trails and experience just small sections of what they have to offer ...

One of Europe's greatest long-distance walks is the Tour du Mont Blanc, a 170 km trail encircling the Mont Blanc Massif and crossing into France, Switzerland and Italy.  Hikers doing the full circuit would normally need around ten or eleven days to complete the route, and the most popular option is to walk in an anti-clockwise direction.  The hike can be started from different points in each of the three countries and the highest points on the trail are the Col des Fours in France and the Fenêtre d'Arpette in Switzerland, both at an altitude of 2,665 m. The views of course are spectacular and the alpine flowers in the summer months as breathtaking as the snow-capped peaks.

On our Best of the Italian Alps tour we stay in the charming town of Courmayeur, which sits right on the border between France and Italy and is a point where the Tour du Mont Blanc could be started.  From here we experience a remarkable cable car ride, sometimes referred to as The Eighth Wonder of the World, which takes us from Courmayeur to the Torino refuge at 3466m. From the viewing platform at the top you feel it's almost possible to touch the peak of Mont Blanc which stands at 4810m, and we walk out into the snow on an easy trail for a truly breathtaking alpine experience. Lunch in a mountain restaurant affords us fabulous views of the majestic peaks.  The following day a magnificent 14.5 km hike takes us around the stunning Val Veny, a full section of the Tour du Mont Blanc. We pass mountain lakes and streams and see the glaciers which carved out the valley millions of years ago. We hike the picnic in on this day and enjoy lunch whilst absorbing the glorious alpine vistas. 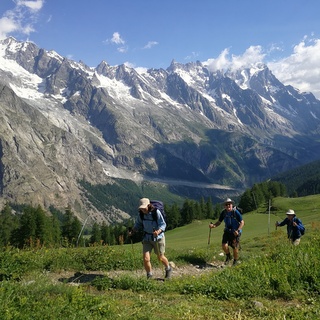 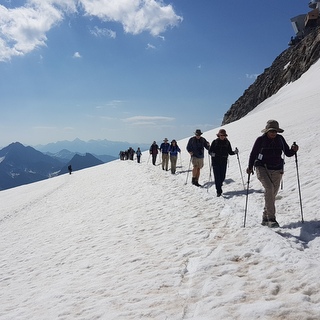 The GR20 in Corsica

The GR20 hiking trail in Corsica is often described as "the most difficult path in Europe".  This 180 km route crosses the mountainous centre of the island from Calenza in the north west to Conca in the south east and takes the average fit hiker the best part of two weeks to complete. The letters GR refer to the words “grande randonnée” in French and 20 refers to the number used in the old Corsican postcode, but you might hear locals call it the “Fra li Monti” which means "through the mountains".  The granite heart of Corsica makes for some spectacular scenery en route and the interior of the island is unpopulated, wild and home to unique flora and fauna. There is much debate about which direction is best.  Some favour starting from Conca on the slightly easier terrain, having the sun on your back and finishing with the toughest sections in the north west.  Others prefer to start with the hardest days whilst there is still lots of energy in the legs and then walking towards to south.

One of the best hikes on our new Corsican tour is on Day 5, when we join a section of the famous GR20.  We start at the Col di Vergio at 1478m and follow the route up a beautiful valley with a number of stunning rock pools. We climb 800 metres to a high ridge with fantastic views of the mountains and often sheep, goats and pigs are spotted grazing. The 16 km hike gives you a real sense of the remote rocky interior of the island and might well whet your appetite for completing the full long-distance route on another occasion. 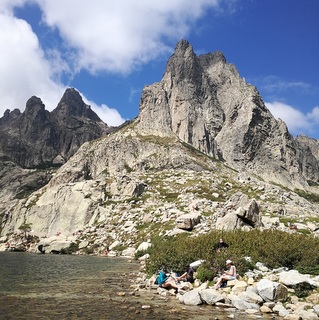 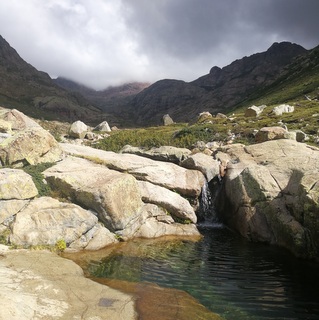 Along with Spain's famous Camino di Santiago, this medieval trail was one of the most important pilgrim routes across Europe, connecting the cathedral city of Canterbury in the UK to the Vatican in Rome.  Pilgrims would cross through northern France, the Champagne region, Lake Geneva, the Alps and Aosta Valley, the Po plains, the Apennines and the hills of Tuscany and Lazio before finally entering the Eternal City. Unlike Roman roads, the Via Francigena did not lead from one city to the next, but rather was a series of mountain paths, mule tracks and rural roads which connected abbeys, monasteries and local parishes where pilgrims could find food and shelter along the way. The full distance is more than 2,000 kilometres and a fit hiker today would need around 90 days to complete the walk.  Interest in this route has been hugely regenerated in the last thirty years or so and the Via Francigena was made a European Cultural Itinerary by the Council of Europe in 1994.

Our Parma, Tuscany and the Ligurian Sea tour finds us connecting with the Via Francigena close to the medieval town of Pontremoli.  We join this historic trail at the Passo della Cisa, a high pass in the Apennines sitting at 1,041 metres, and follow the path through beech and chestnut woods, over ancient stone bridges and through remote villages which seem barely to have been touched by time.  Our full hike on this day is 23 km and leads us all the way to the historic town Pontremoli, which sits on the Magra river, and which was itself an important stopping point on the Via Francigena.  As you walk on the paved stones of this famous trail, you cannot fail to be moved by the history of the route and the vast number of faithful souls who made the journey to and from the Holy City over the centuries. 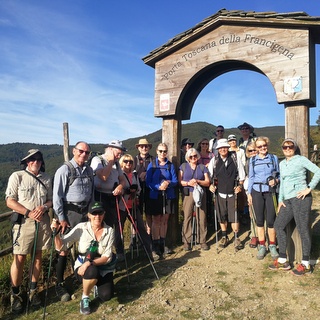 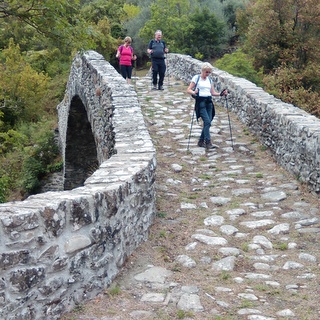