On a walking holiday there is no better way to bring an area to life than by reading.  On the tours we often read aloud short passages from books relating to the areas we are travelling in, and people appreciate the extra colour this brings to the walk.  The following is a small selection of fiction and non-fiction novels which you may enjoy: 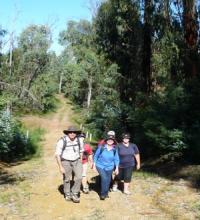 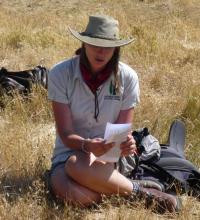 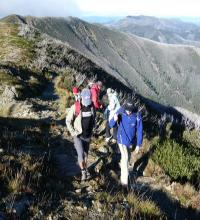 Central Victoria, The Goldfields Track and the High Country

Hairy-Chested History - Ian Stapleton
This hard back novel exposes the colourful pioneer characters of Hotham and Harrietville.  Widely available in the local area.

From Drovers to Daisy-Pickers - Ian Stapleton
Tells the stories of the many characters who have called the Victorian high country home over the past 150 years.

In Search of a Wild Brumby - Mike Keenan
Keenan decides to search for a brumby to add to his dwindling stock of farm horses. An adventure story and a compelling portrait of the life and troubled times of the Australian brumby, and of the mountain people who live alongside them.

True History of the Kelly Gang - Peter Carey
Ned Kelly, the son of poor Irish immigrants, was viewed by the authorities as a thief and a cold-blooded killer. But to the people he was a patriot hounded unfairly by rich English landlords and their stooges. One of the better novels on the subject.

The Cattleman's Daughter - Rachel Treasure
The story of a spirited young woman and her love for the way of life and the people of the Victorian Alps, and her determination to preserve their heritage.

Ellen Kelly: A Woman of Spirit - Noelene Allen
The story of the Kelly family seen from the perspective of the female characters of the clan.

The View from Connor's Hill - Barry Heard
A colourful and poignant memoir of growing up in the Australian bush in the 1950s and 1960s.

Kindred - A Cradle Mountain Love Story - Kate Legge
The book follows an inspiring, pioneering couple in the early 1900s who work to establish a National Park at Cradle Mountain in Tasmania after visiting Mount Buffalo in Victoria.

Sarah's Search, A Silk Odyssey - Ian Braybrook and Marilyn Bennett
This is a must-read account of the efforts of one pioneer woman to establish a silk industry in Australia. It moves from Corowa on the Murray River, to Kings Domain in Melbourne and Mount Alexander in Central Victoria.

Nothing but Gold: The Diggers of 1852 - Robyn Annear
This lively history describes in detail life on the diggings: the mud of winter and dust of summer, the pluckiness of the women and children, the grog shanties, the flies, the mania of mining, the despair and the delirium.

Judicial Murder: The Crown vs David Young  - Deborah Benson
The true story of the flawed trial and conviction of David Young for the murder of a young girl in 1864 Daylesford

Death in Daylesford - Kerry Greenwood
When a mysterious invitation arrives for Miss Phryne Fisher from an unknown Captain, Phryne's interest is piqued.

Secret River - Kate Grenville
Part of a trilogy about early Australia, this novel follows the fortunes of William Thornhill, a convict who starts a new life in the frontier country on the banks of the Hawkesbury River.  Winner of the Commonwealth Prize for Literature.

Picnic at Hanging Rock - Joan Lindsay
What begins as a pleasant and happy day out ends in inexplicable terror. The sinister implications of the events cannot be ignored, and Joan Lindsay traces the effects of this mysterious incident on the lives of the people involved.

The Aboriginal Story of Burke and Wills - Ian Clark and Fred Cahir
The first major study of Aboriginal associations with the Burke and Wills expedition of 1860–61, contrasting the skills, perceptions and knowledge of the Indigenous people and those of the new arrivals, and the extent to which this affected the outcome of the expedition

Gariwerd - An Environmental History of the Grampians - Benjamin Wilkie
An exploration of the geological, ecological and cultural history of the Victorian Grampians

Force of Nature - Jane Harper
Although the characters hike in a fictional mountain location, many have drawn comparisons with The Grampians ranges. Five women enter a company-sponsored hiking event but only four of them emerge after three days...

Settlers Under Sail - Don Charlwood
Commissioned by the Victorian (Australia) Government's History Advisory Council to commemorate, in 1978, the centenary of the wreck of the Loch Ard, this book celebrates the era of sailing ship immigration to Australia and tells the story of the famous Loch Ard. It contains many fascinating photos and sketches.

The Long Farewell - Don Charlwood
The author read more than 120 diaries kept by immigrants on the long sailing ship voyages to Australia, and numerous letters the settlers wrote home. He writes of the perils, the ships and their routes, accommodation on board, surgeons and health, messing and dining, pastimes and consolations, the crew and the new shore.

The Fatal Shore - Robert Hughes
The epic history of the birth of Australia which came out of the suffereing and brutality of England's infamous convict transportation system.

The Floating Brothel - Sian Rees
The extraordinary true story of an 18th century ship and its cargo of female convicts from Newgate Prison in London.

The Australia Run, Volume 6 - Charles Bateson, Jack Kenneth Loney, Peter Stone
Tales of long and often harrowing sea voyages as the new colonies of Australia and New Zealand were developing.  This book reminds us that the spirit of adventure challenged and defeated the grim obstacles of travel to the far reaches of the world, sometimes a a terrible cost. 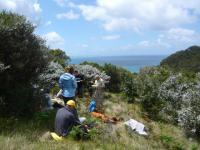 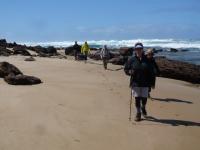 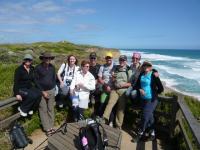 We also have a list of books for our Italian tours.