Just a hop away from mainland Italy, Sardinia is the Mediterranean’s second largest island. It has been subject, over the years, to rule by Arab, Catalan, French and Italian dynasties and while today it is part of Italy, it has retained its own language, customs and proud traditions.

Best-known for its legendary white sand beaches and translucent water, Sardinia remains one of the most popular summer holiday spots for Italian families. Away from the coast, however, its rugged granite interior is rich in animal and plant life and home to atmospheric hidden villages. For keen historians and archaeologists, its numerous examples of the ancient Nuraghic civilisation are also a big draw. 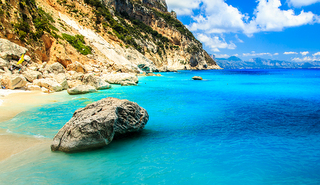 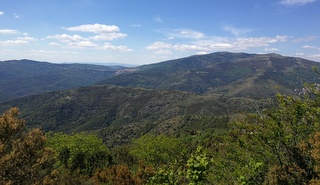 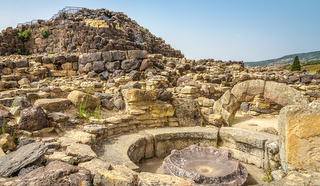 With over 1800km of coastline and sparkling clear sea, most tourists get no further than the pristine beaches. The glitzy Costa Smeralda in the north east attracts a well-heeled fanbase but it isn’t difficult to escape the crowds if you prefer more remote and rugged coves. On the east coast, the Gulf of Orosei boasts spectacularly secluded beaches such as Cala Goloritzè.

However, the most dramatic sights are in the island’s mountainous interior where grazing sheep, abandoned churches and tumble-down stone villages shape the landscape. Topping the island’s natural highlights is the Gennargentu National Park, a mass of soaring peaks, canyons and age-old forests in the central-eastern part of the island, which is popular with hikers and cavers.

The main cities on the island are Cagliari and Sassari, with Oristano, Alghero and Nuoro trailing behind. Nuoro is situated in the centre of the island, surrounded by mountains and once home to Nobel Prize winning writer Grazia Deledda. Smaller villages such as Orgosolo, Mamoiada and Fonni are famous for their murals. Aritzo, on the lower slopes of the Gennargentu mountains, is worth visiting to see its balconied houses with stone façades and ethnographic museum. 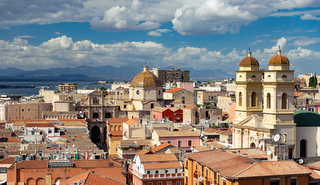 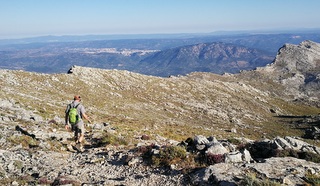 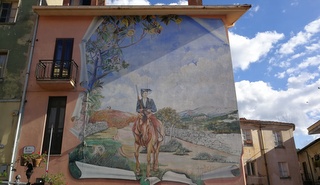 While seafood is popular in the coastal towns, food in the mountainous east is dominated by meat. The typical carasau flat bread (also known as carta da musica), suckling pig (porceddu) cooked on an open spit and farm-raised lamb are a constant reminder of the pastoral tradition. Herbs such as wild thyme, rosemary, myrtle and juniper are used to flavour meats. The island also produces about 80% of Italy’s pecorino (sheep’s milk cheese), while the most popular goat cheese is caprino. Possibly less appealing to visitors is the infamous casumarzu, a soft creamy cheese packed with live maggots!

When it comes to wine, the best-known reds on the island are made from the Cannonau vine which go well with roasted meats. Sardinia’s only DOCG is the Vermentino di Gallura, a crisp aromatic white wine. 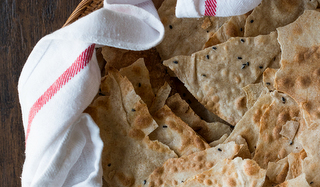 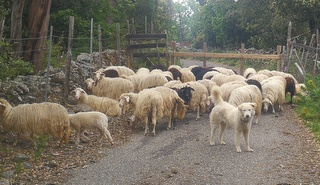 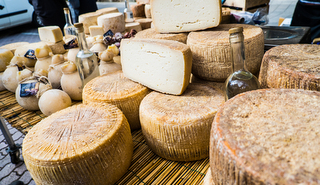 - Flamingo-watching at the Molentargius-Saline Regional Park, established in 1999 to protect the waterfowl that nest and winter in the park each year.

- Step back in time at the UNESCO world heritage complex of Su Nuraxi at Barumini and the Nuraghic village of Tiscali; or the Tomba dei Giganti (Giants’ tomb) at Arzachena, thought to be a communal burial chamber that dates back to around 1600BC.

- Other ancient sites include the Carthaginian and Roman ruins - mosaics, temples and thermal baths - at the ancient site of Nora.

Local festivals and events run throughout the summer, including Holy Week in the lead-up to Easter, the colourful 4-day Festa di Sant’Efisio in Cagliari in early May, and the Feast of the Redeemer in Nuoro on the last Sunday of August.

Our Heart of Sardinia tour is an excellent introduction to Sardinia’s rugged interior. It runs immediately before our Island of Corsica tour for anyone who wants to explore both islands on the same trip.

The island has three international airports, Alghero, Olbia and Cagliari. Alternatively, you can get to Sardinia via ferry connections from Genoa, Livorno, Piombino, Civitavecchia or Naples on mainland Italy.