Highlights of our Tyrolean Tour

Submitted by HedonisticHiking on 8 Feb 2022

Our Austria and the Dolomites tour explores the delightful Tyrol landscape of both Austria and Italy, and we cross the border between the two on foot.  The historical Tyrol region today encompasses the far western side of Austria and the northern part of Italy and is home to some of the best ski slopes in Europe. 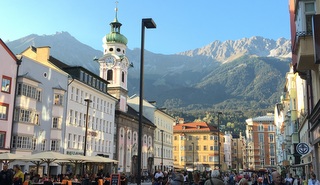 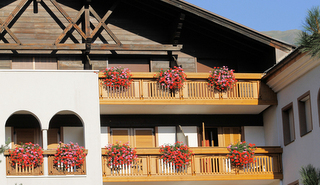 At the centre of the region on the Austrian side lies Innsbruck, which is where our tour begins.  The town began life in the 1100s as a small trading post on the banks of the Inn river, but three centuries later, under the rule of the Habsburgs, it became the administrative capital and cultural centre of the whole Tyrol region. Today it is often viewed as the starting point for the many sporting activities which take place in the area but, for those who take time to stay and explore, it has a stunning medieval old town, an Imperial palace, fascinating museums and an impressive Baroque cathedral.

The Alpine South Tyrol – or Alto Adige in Italian, Südtirol in German - was annexed by Italy in 1918 at the end of the First World War, but the region’s blend of cultures is ever-present. It reveals itself in German-influenced frescoed wooden chalets, scarlet geranium-filled window boxes and lashings of apple strudel, with the locals speaking Italian, German and a small percentage continuing to use the local Ladin dialect. With 12,500km/8000 miles of trails, 7 national parks, snow-capped UNESCO designated mountains and a landscape of lakes, mountain streams and waterfalls, hiking is the number one attraction, with high points including the well-known Three Peaks, or Tre Cime in the Sesto Dolomites. 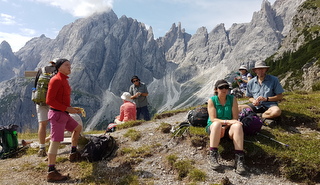 We hike in the beautiful Defereggen valley in the Hohe Tauern National Park on the Austrian side and our hike on the final day of the tour takes us on an impressive 20 km circuit starting in the Fiscalina valley to the heart of the Italian Sesto Dolomites peaks.

The cuisine is markedly different from the rest of Italy, and offers some serious gastro treats. Tortelloni and Knödel (or ‘Canaderli’) feature on the same menu and mountain huts serve up family-sized platters of cheese and speck ham, washed down with sweet apple juice and finished off with melt-in-your-mouth strudel. However, this is also a region that boasts a disproportionate number of Michelin-starred restaurants.  While much of the wine in the region is produced by cooperatives, the number of independent producers is growing. Varieties of Riesling, Sylvaner and the aromatic Gewurztraminer are leading whites, while reds include Schiava (Vernatsch) and Lagrein, Merlot and Cabernet. 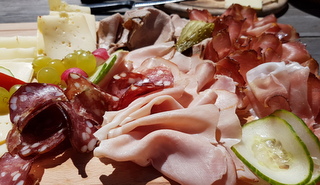 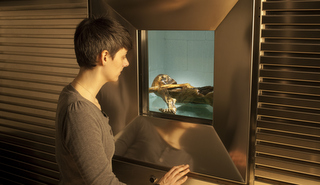 Right at the end of the tour we visit one of the region's most famous residents - the 5,000 year old frozen man known as “Ötzi”.  Discovered in 1991 by two German hikers, the body spotted in the melting ice was carefully uncovered and transported to the Institute of Forensic Medicine in Innsbruck. Four different scientific institutions analysed tissue samples from the corpse, and all agreed that the frozen man was alive over 5,000 year ago. In January 1998, Ötzi and his possessions were transported from Innsbruck to the newly-built South Tyrol Museum of Archaeology in Bolzano, which is where we have the opportunity to see him. 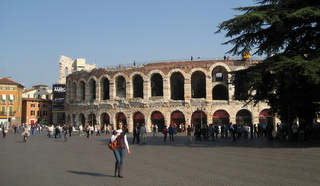 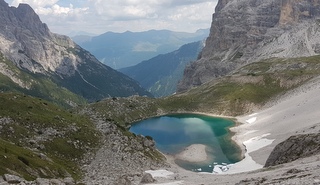 The tour ends in the fabulous Italian city of Verona, and many guests choose to extend their stay to visit the summer Opera festival in its famous Roman arena.  This is one of our Level 5 tours which means that the hikes are more challenging, with significant amounts of ascent and descent on each day, so a sound level of fitness is required to make the most of this fantastic holiday. On some days there is no van access at lunchtime and a hike-in picnic is carried by both guides, or lunch is organised in a mountain restaurant. If you are looking for hikes with world-class views, fascinating history and excellent food and wine, then this could be the trip for you!  Click here to see the full itinerary. and get in touch if you'd like to join us this year from July 9th - 17th.