In Exile on Elba

Submitted by HedonisticHiking on 31 May 2021

Last month saw the 200th anniversary of the death of Napoleon Bonaparte: Emperor of France, arguably one of the most able military leaders in history, and famous resident of the island of Elba which we visit on our Lucca, Volterra and Elba tour.  Born in Corsica in 1769, he studied at military school and fought during the French Revolution of 1789.  He quickly rose through the ranks, establishing himself at the top of a military dictatorship, and by 1804 had appointed himself Emperor of France.  Through his military campaigns his continued to consolidate power so that by 1810 much of Europe came under his rule, including large areas of Northern Italy and the city of Rome. An attempted invasion of Russia in 1812 led to the start of his downfall, as much of Europe united against him, and upon his abdication in 1814 he was exiled to the island of Elba. 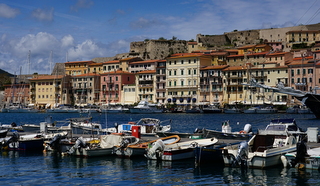 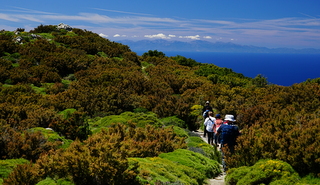 He spent just 300 days as ruler of the beautiful Tuscan island but the people of Elba welcomed him with enthusiasm and, in that short time, he achieved a great deal. He instigated massive infrastructure improvements: building roads and draining marshes, boosting agriculture and planting vineyards, as well as overhauling the island’s schools and entire legal system. His main house, the Palazinna dei Mulini in the capital city of Portoferraio, is a place we visit on our tour.  He also had a summer residence a few miles inland, the San Martino villa, but the grand building we see today was much enlarged by the rich Russian husband of Napoleon's niece. 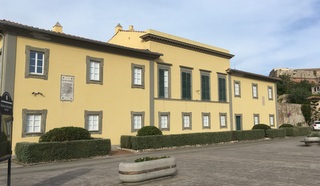 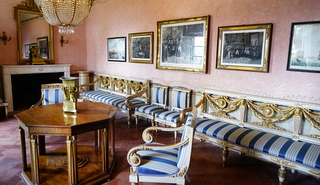 At the time of his Elba exile, Napoleon was married to Marie Louise, the daughter of the Emperor of Austria, but she never lived with him on the island. (His marriage to Empress Josephine had been annulled in 1809 as there were no children.)  One of his lovers, and mother of one of his illegitimate children, Polish-born Maria Walewska, visited Napoleon there with her son and they met at the site of the remote Santuario della Madonna del Monte, which we hike to on the final walk of our tour.  From the hightest points of Elba you can clearly see across to Corsica, which must have been a nostalgic experience for Napoleon, and we get to enjoy these views as we hike over the Western end of the island. 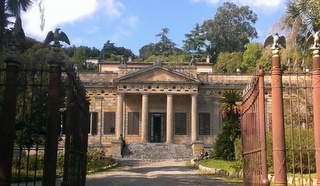 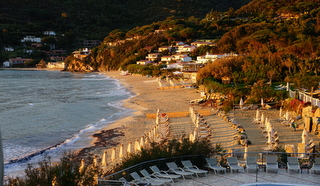 In March 1815, Napoleon escaped from Elba and returned to Paris, where he rallied support and reclaimed his title of Emperor. However, June 1815 saw his defeat at the famous Battle of Waterloo and he was exiled for a second time to the isolated island of Saint Helena, in the southern Atlantic Ocean.  He lived there until his death in 1821 and was buried on the island. In 1840, his remains were returned to France and entombed in a crypt at Les Invalides in Paris, where other French military leaders are interred.

The people of Elba have retained close ties to Napoleon, so much so that a mass in his honour is celebrated on 5th May every year at the Chiesa della Reverenda Misericordia in Portoferraio.  Elba is one of our favourite places in the Tuscan archipelago and we look forward to returning each year with our groups to the wonderful Hotel Hermitage, overlooking the Bay of Biodola. This tour is scheduled for May 2022 so get in touch now if you'd like to join us and follow in the footsteps of this famous resident.