A View of Volterra

Submitted by HedonisticHiking on 17 May 2018

Volterra is one of the oldest towns in Tuscany having a history which can date its earliest settlements to the 8th century BC. Founded by the Etruscans, who named it Velathri, the town lies on the top of steep hill in the centre of the "Metal Hills" which bestowed upon the population supplies of sulphur, alabaster, lead, tin and iron; resources which they could trade with the Greeks and Carthaginians. The Romans came to Volterra too and, for a while, it also served as a Lombard capital. The famous Florentine dynasty of the Medici family took control in the 1300s and 1400s and  presided over rebellious times as they mined the natural resources for their own profit. Eventually Volterra came under control of the Grand Duchy of Tuscany. 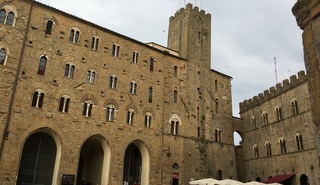 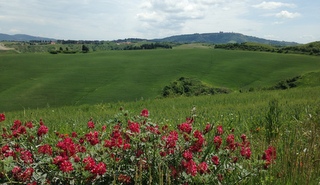 The clay hills around Volterra give the area a different landscape to other parts of Tuscany.  There are less olives and vines here but the soil is good for pasture and wheat, giving way to long-reaching views of gently rolling hills.  Approaching Volterra by road you cannot miss the unusual sculptures of Mauro Staccioli, whose stunning metal circles and elipses bring together art and the natural world.

Alabaster remains today an important industry for Volterra. The Etruscans used it for their funeral urns but the town is still full of studios turning the easily-worked mineral into lamps, vases and figurines and there are many places to watch the artists at work and buy their artefacts. 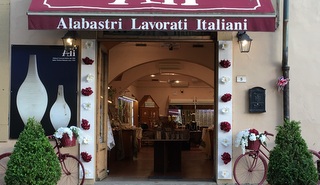 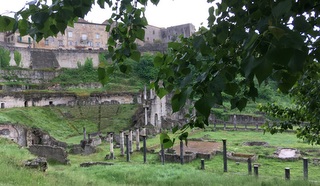 For the culture vulture there are many highlights. The Museo Etrusco Guarnacci displays over 600 cinerary urns, sculpted by the Etruscans, and The Pinacoteca has a fine collection of 13th century Sienese painting, along with important works by Ghirlandaio, Luca Signorelli and Rosso Fiorentino. From Viale Francesco Ferrucci you can see the remains of the Roman theatre. A few marble slabs and columns have survived and, behind the theatre, ruins of Roman baths have been excavated.

The Palazzo dei Priori (Town Hall) dates back to 1208 and is said to be oldest such building in Tuscany and the model for the Palazzo Vecchio in Florence.  In Piazza dei Priori look out for the Porcellino Tower, taking its name from the little sculpted pig near the base which is only just visible today. Backing on to this square is the Piazza del Duomo with the Cathedral and octagonal Baptistry which has striped marble facing on just one side. Inside the cathedral some of the windows are made with very thin slices of the local alabaster. Just next to the Piazza del Duomo is the Via Porta all'Arco and the Etruscan Arch which is one of the most important reminders of the Etruscan presence here. 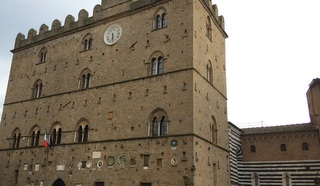 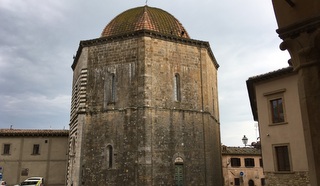 Whenever we are in Volterra we enjoy a spot of wine tasting with local wine merchants Massimo and Patrizia. Their Enoteca Scali on Via Guarnacci is full of interesting bottles from Tuscany and all around Italy as well as local cheeses, oils, vinegars and pastas. Volterra also has a good selection of restaurants and pizzerias, many of which specialise in wild boar recipes or traditional pigeon and rabbit dishes. Each year in May the town hosts a vintage racing-car festival, known as the Saline-Volterra, which brings together motor enthusiasts from all over Italy. 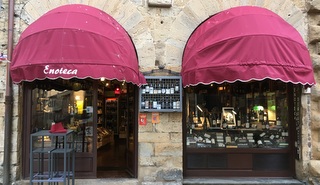 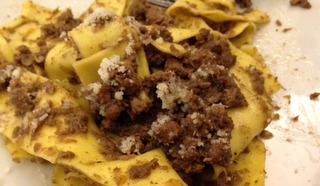 There is no train service to Volterra and so it is difficult to get there without a car. But this might have been its saviour too because it is not as busy as many other Tuscan hill-top towns and retains its medieval charm. Our Lucca, Volterra and Elba tour, which stays two nights in Volterra, is scheduled to run again in 2019 from May 10th to 18th.