Submitted by HedonisticHiking on 5 Jul 2017

One of the most memorable visits we make on our Slovenia and Friuli tour is to the clandestine Franja Partisan Hospital, buried deep within the Pasice gorge.

It is a collection of wooden cabins, the first of which was built in 1943, which housed doctors, nurses and up to as many as 120 wounded people from all nationalities.  The physicians showed limitless courage and spirit in building the hospital structures and were aided by self-sacrificing local inhabitants who joined in their mission to save lives. The hospital was so well concealed in the gorge that it was never discovered by enemy forces. 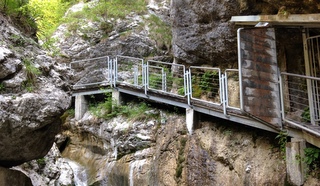 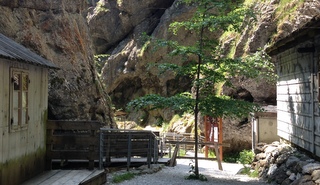 The cabins, precariously constructed between the steep rock walls of the gorge, included a surgical area, a blacked-out X-ray room, kitchen, laundry and washroom, workshop and dormitories for the wounded as well as the hospital staff. 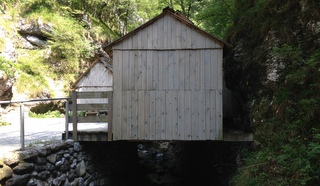 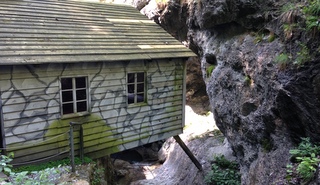 The hospital was named after Franja Bojc Bidovec, a female physician who managed the site from January 1944 until the end of the war. Born in Slovenia into a farmer's family she pursued her medical training in Ljubljana, Belgrade and Zagreb and continued after the war to work in the field of obstetrics. 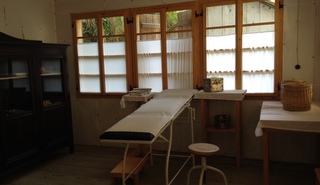 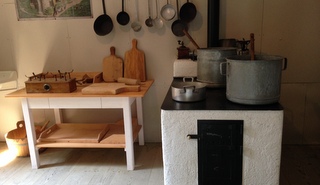 Of the 578 patients who passed through the hospital just 78 lost their lives and were buried in the steep bank by the stream flowing through the gorge.  After the war the mortal remains of the deceased were re-buried in a collective grave at the cemetery in Cerkno, and marked with a memorial. 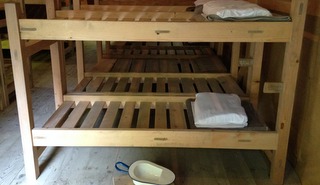 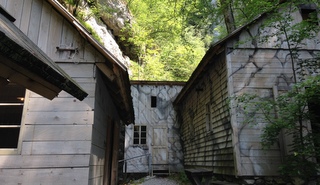 Almost as soon as the war ended people started to visit the site, marvelling at the heroic work of all involved.  In 1952 it was protected as a cultural monument and in 2000 was entered in the tentative list of World Heritage sites at UNESCO.  However, the geography and climate of the area make the maintenance of the hospital very demanding. A rockslide in 1989 and a flood in 2007 almost totally destroyed the original cabins and just one remains.  With financing from the Republic of Slovenia and donations from local municipalities and individuals, the hospital was reconstructed with replica cabins and equipment, to be reopened to visitors in May 2010.

A visit to the Franja hospital is a truly moving experience and it remains a testament to the struggle, humanity and heroism of the Slovene people. We run this tour twice each year in June and October.  It starts in the Slovene capital of Ljubljana and finishes in Venice.